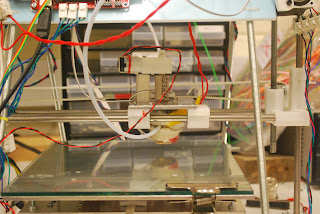 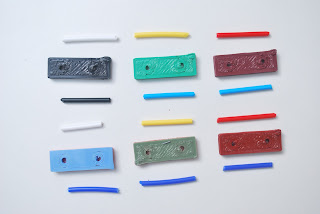 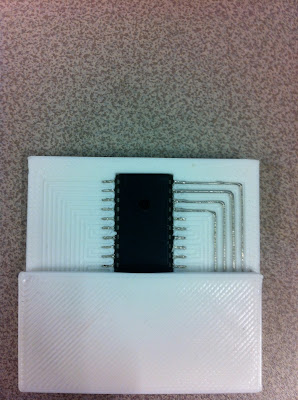 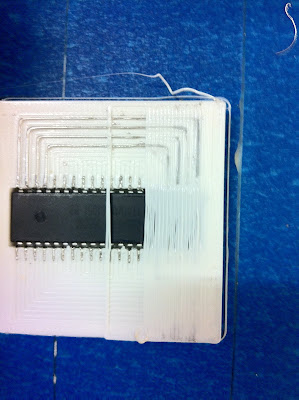 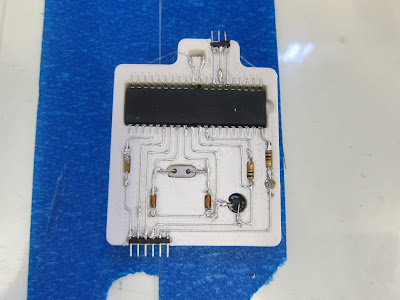 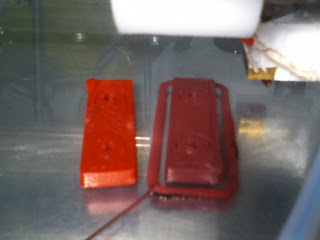 Myles has got the mixer nozzle (see here) working! 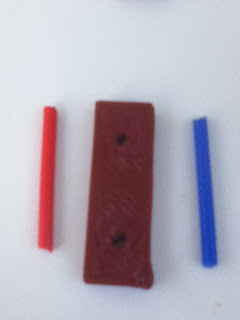 The two filaments left and right were mixed to print the component in the middle.  (Myles says sorry for the lousy iPod photos.) The mixer is now active - it has a small DC motor turning a stirrer in the brass hot end to churn the melt up, and that seems to do the trick.

There will be an inaugural meeting of the London RepRap User Group at 7 p.m. on Monday 16 April at the London Hackspace.  Details: