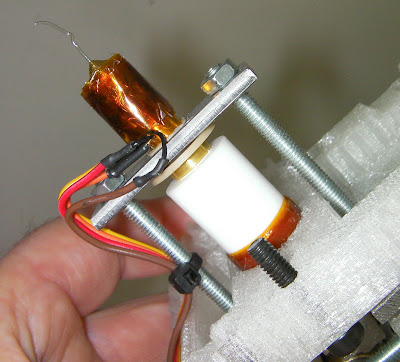 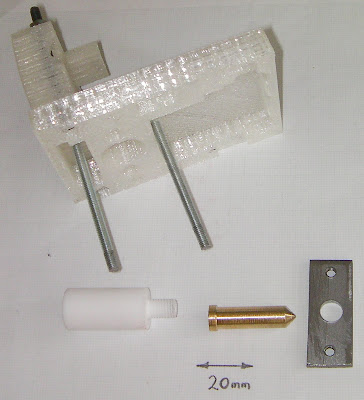 ...and a little bit like this one resp. this one.

Nice work.
Is it structurally sound in the y direction? with only two contact points, it looks very strong in X, but is it prone to bend if moving Y?

I suspect that as long as the PEEK/PTFE surfaces are flat, then it won't wobble too much.

Very similar to maker-bot design, and there are no real issues with failure because of motion.

It looks tricky to make, So I have come up with a compromise design here

Looking forward to seeing more on this.. Have you found that the PEEK top hat does a good enough job of insulating heat that the plate and bolts holding it up don't act as a heat sink that could soften/melt the PLA that it's mounted to above?