Okay campers, I got it done and tested for a first cut. My opinion of Java does not improve with acquaintance. I don't see how you guys can stand to work with that Sun "compiler". I won't say more than that.

Anyhow, you can get a copy of the new script which is called "Experimental Involute Profile Gear" to differentiate it from the older script that I wrote some months back. You can get a copy here.

I made a few screen grabs of some gear pairs that I did with the new script. I did Vik's 79 toothed gear and mated it with an 11 toothed gear. 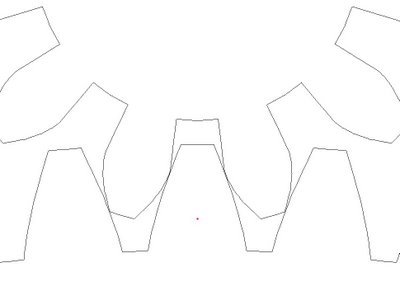 The pressure angle used was 20 degrees.

After I'd done that I decided to really test the robustness of the routine by pressing the envelope. 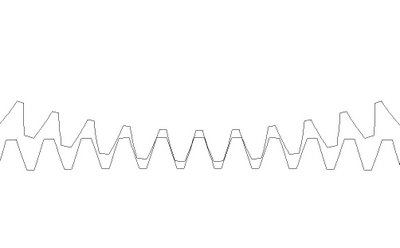 I then checked to see that I could triangle mesh the profiles and extrude them. There doesn't appear to be any problem. Here's Vik's example again. 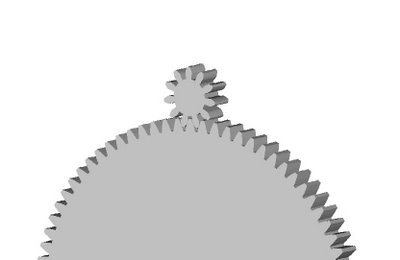 Don't run this script with pressure angles larger than 25 degrees, please. I don't want to have to debug any more #$#@##$ Java again for a few weeks, thank you so very much. :-/

Finally, here is an example of what I am talking about when I speak of using the same code for both rack and pinion design. 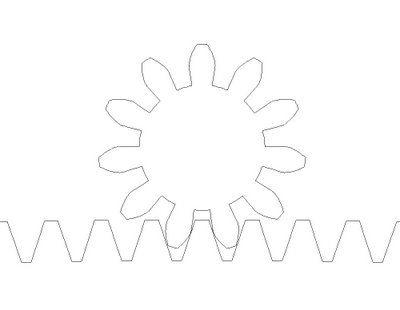 Here you have a 11:1201 ratio gear pair. The 1201 toothed gear for quite reasonable distances is very much a rack for the 11 toothed pinion gear.