First tries at slicing and dicing...

I woke up this morning with a dread of spending the day doing soldering and PIC programming so I veered off in another direction entirely. I've admired Adrian's STL conversion software and wondered if I could do something similar, if possibly not quite so photogenic. As a first task I set out to slice up an STL file. I cranked out something quickly in AoI. 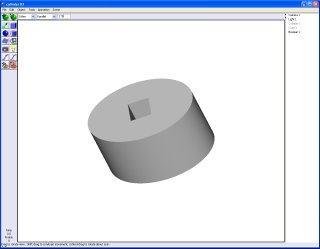 Afterwards, I exported the "design" as an STL file. Here you can see what the shaded solid in AoI looks like as a wire frame representation of its STL file. 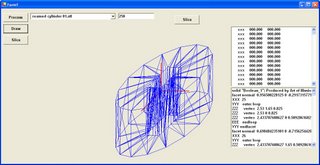 Then you can see what happens when you make multiple passes through the STL representation of the solid form with a cutting plane. 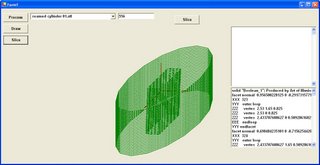 From there we start mapping paths for the Mk II to extrude the solid. 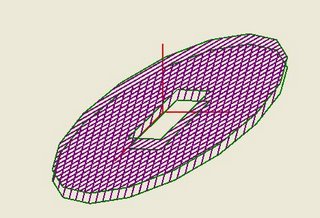 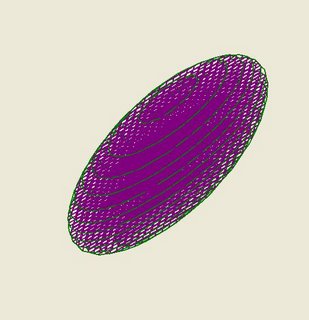 The next step will be to map the boundary paths for the layers.


The code looks fairly robust so far. Mind, I haven't attempt to correct for pixel geometry yet.

Comments:
Wow, looks like you are moving right along there...

Having a background in 3D illustration and animation, I'm wondering what you mean by "pixel geometry"?

I'm referring to the 2D proportions of a pixel on a screen. It's rarely square, so you tend to have to compensate for it in your coding at times.

Oh, I see, you mean at the display. I'm guessing this doesn't interact with slices and paths and such. That's what I couldn't figure out!

On a totally different topic, I got tired of dodging wafts of solder fumes. (Now where did I read you and Adrian posting about that...?)

In any case, I salvaged our old kitchen stove ventilator and thanks to an outside vented flex pipe, it's doing a great job in the workshop now. Also sucks out glue fumes (been testing molten plastic against silicone, very non-stick...) or anything that might bug someone in the house...