I realised late this afternoon that I need not build a framework as such to hold the quarter-inch extruder vertical. Ten minutes with a few pieces of scrap lumber and C-clamps gave me a solid platform for operating the extruder vertically. A water bath was created with a fruit juice jug and a piece of construction paper formed a makeshift polymer bin. 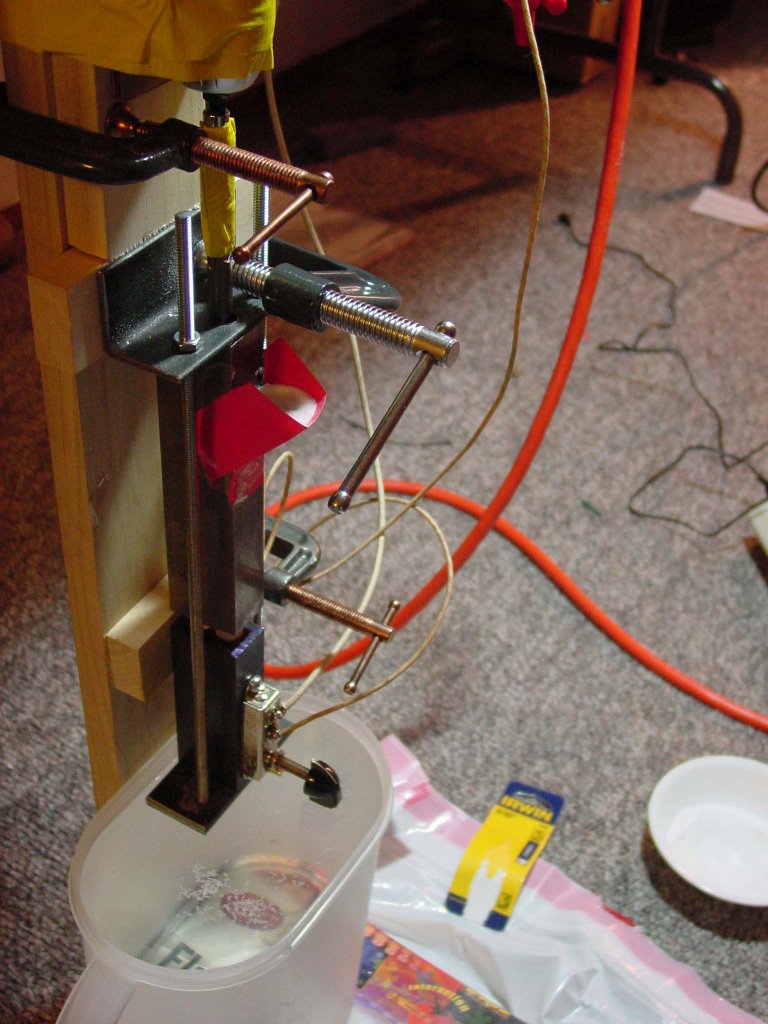 The water bath was situated about 2-3 mm below the extruder tip. I heated the extruder barrel to 120 Celsius and started the system.

This was the result. 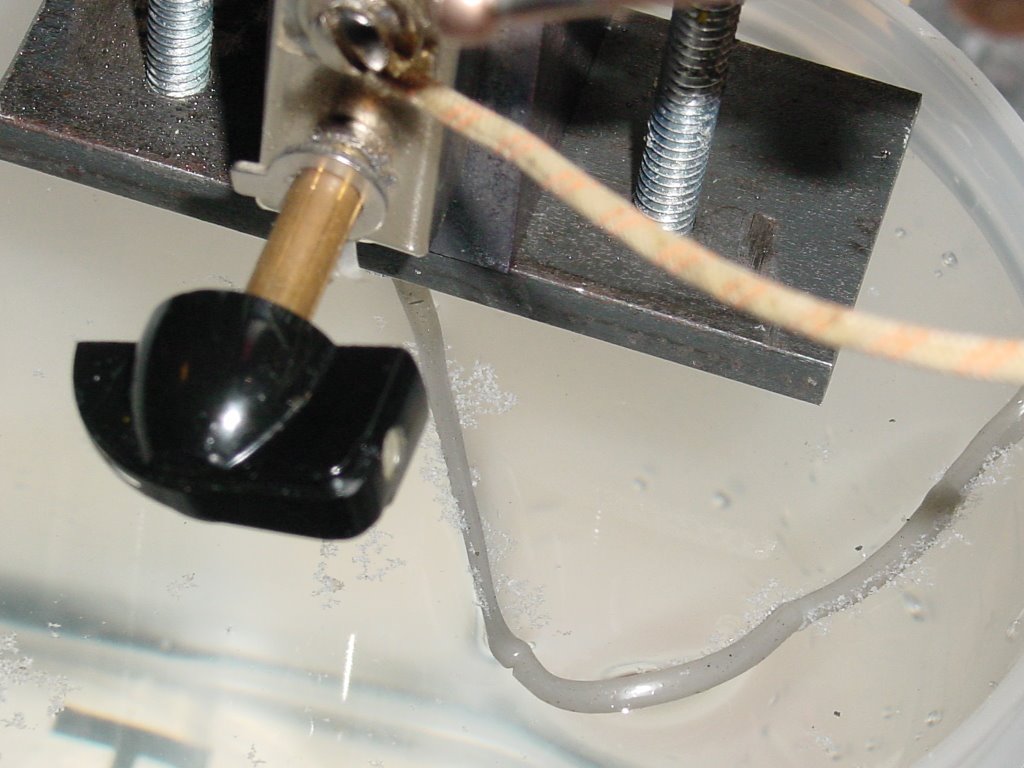 The filament emerging from the extruder was instantly quenched in the water bath. The diameter of the resulting filament varied between 3.2 and 3.9 mm. The kinks that you see occurred when I had to manually poke the polymer feed bin with a thin bamboo stick to keep it filled.

Interestingly, the filament floated. This might indicate that we are entraining air in the filament since the density of the CAPA is marginally higher than that of water. No obvious bubbles were visible, however.

The practicality of Brett's advice that we need to think about designing a polishing station to straighten and regularise the dimensions of the raw filament now becomes obvious. That should be a perfect RepRapable product.

The extruder produced about 125 mm of filament in approximately 90 seconds. For these settings that is an output level of approximately 50 cm^3/hr. I had designed the system to produce about 15 times what a Mk II could consume per unit of time. We're producing about 18 times which is very close to our design goal. I currently have no way of knowing what the duty cycle of the bimetallic thermostat was, but given the setting chosen even if the cartridge heater had been on full-time it would have had a power demand of no more than 150 watts.

What we have is a prototype that proves the concept for a small polymer extruder. We need to take the concept through several generations now to achieve a useful system. I see several developments as being needed to make this a start-and-forget system.

It would be nice if this system could be self-threading. We obviously need to design a hands-off control strategy now that we have a way of making filament. Given the work that has already been done by the team with controlling steppers and the Mk II I have no doubt that we have the talent already on board to do this.

Here is the system that we are replicating.

Comments:
It is possible that since it was still hot, it expanded enough such that its density became slightly less than water.